Your neighbour is buying another bottle of whisky! The rising demand for whisky.

Just as I was opening a Macallan 18 sherry oak: there will be one less bottle in the market.

Now,  shall we give a moment of silence for this tragedy before it goes into the stomach of a young boy or, shall we celebrate and toast to the rising interest and demand of the whisky culture?

The 'Bullish' in the uncertain times

So, what is backing them up for the 6% jump prediction.

Many factors: The growing distilleries around the globe, the rising of the middle class in the Asia Pacific (Side note, Asia Pacific is the major revenue generating region for global single malt whisky market), marketing, brand positioning , the changing of lifestyle and the speed of distilleries releasing new bottles are stimulating our desires to purchase them.

(Hard to disagree, the grey area parallel import do contribute in the rising demand of whisky market)

Passionate whisky appreciators, Want-it-all collectors and Whisky investors are the ones who lead the whisky revolution.

Then we all wonder, what's so charming of golden liquid inside this 700ml container?

Some singe malt are now viewed as premium or luxury goods (thanks to the extensive marketing from the brands), the owner's taste, status and class will be reflected in his whisky collections.

People are starting to realise that single malt whisky is also a safe investment with good potential returns.

One good example is Yamazaki 12; in Japan, the price has soared throughout the years.

Seldom do you see a liquor that depreciates (Criteria is the bottle in good condition).

So, why not stock up some and see how the index goes- this brings up the demand.

Do note the amount of stock in the market will remain unchanged until someone opens a bottle.

One wave after another, the younger generations, like myself, starts to learn and appreciate the beauty of whisky.

Thorsten Hartman, director of IWSR, who tracks the global drinks sector, backed this up. He stated, "There's a generational shift. The younger generation is starting to learn about whisky. These are emerging consumers who are starting to fall in love with whisky. They might not have been exposed in the past, but they're definitely exposed now"

At a recent Sotheby's auction of whisky and rare spirits, 80% of buyers were Asian and 60% were under the age of 40.

At the end of the day, the liquid in the bottle plays a significant part in determining the whisky's value. Of course, some whiskies are being under-appreciated or overhyped in a free market.

But, let's say we are putting them on an equal field; you sure don't want to buy or keep a bottle that doesn't taste good right. Scotland has implied a strict rule on whisky products, ensuring that every bottle we receive is of the best quality.

And, when talking about the liquid itself, you sure can't ignore the fact that each bottle has its own unique taste and characteristics. That makes whisky extra charming; if you like peated and smokey, you can go for Octomore or Springbank, and if you want to explore something different, why not open a bottle of Arran, enjoy the island expression.

With the tight quality control and unique characteristic, whisky is worth exploring. 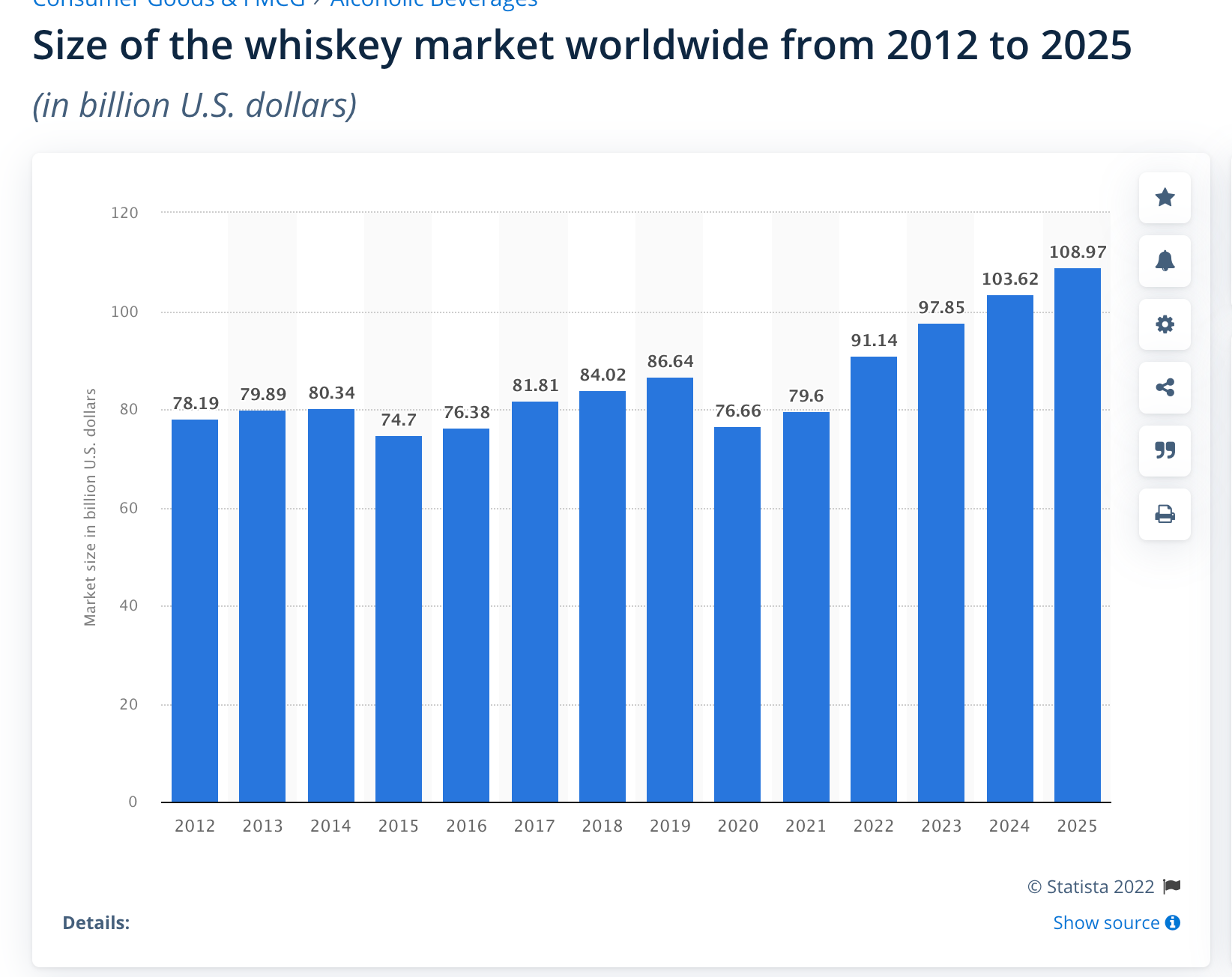 Until 2016, the news 'There’s A Global Shortage Of Single-Malt Whisky' breaks out, stating that the world is now facing a shortage of age-labeled single-malt Scotch.

And, that might lead people to start purchasing age statement whiskies.

Nevertheless, the increasing whisky price won't stop the growing demand and market. We will still expect positive growth in the whisky sector and are welcoming more members into this community.

And, of course, it is a toast for joy.