How it came to be

In the history of all vodkas, Tito's can be considered a relatively young vodka producer, especially when compared to brands like Smirnoff who is the oldest in the business since 1864! In 1995, Tito Beveridge obtained the first legal permit to distill in Texas and created Tito's Handmade Vodka (drawing inspiration from his own name).

Tito's goal was to create a vodka that was "so smooth you could drink it straight", and ended up doing so all by himself in a one-man distillery!

Only 8 years after working hard by himself did Tito's Handmade Vodka really begin to take off. Till today, the distillery still maintains its roots of batch distilling their corn-based vodka using old-fashioned pot stills.

Overall, Tito's Handmade Vodka is a very clean and smooth vodka that can be drank on its own or used as a mixer that adds a little spice.

Taste: A tinge of sweetness with a creamy mouthfeel followed by the flavor of black pepper spice. A faint hint of tinned sweet corn is also detected 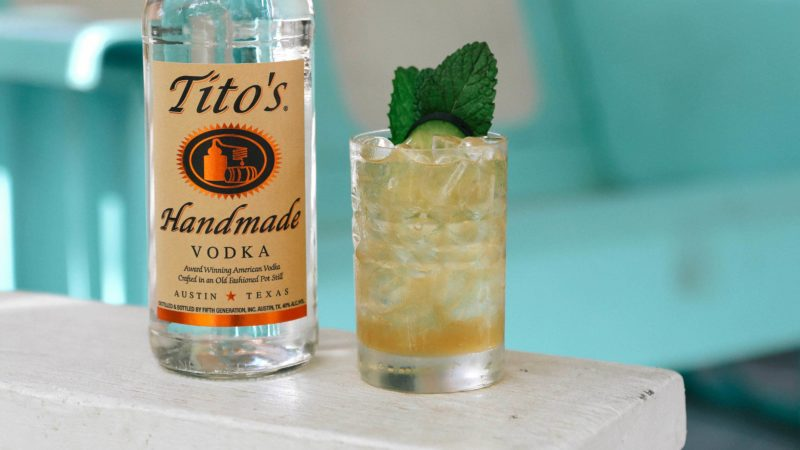 Recommended by Tito's themselves!

As with many vodkas, they really shine when mixed into a cocktail by a professional. Tito's is no exception. Here is a recipe that is recommended by the creators of Tito's themselves!