IF whisky did MBIT personality test: 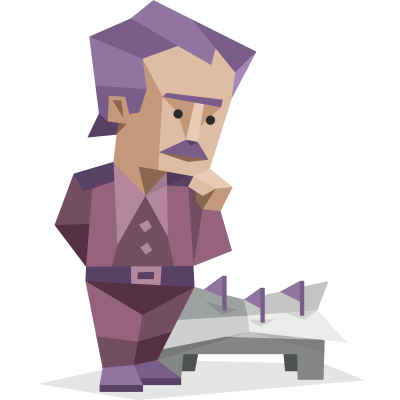 "Architects pride themselves on their ability to think for themselves, not to mention their uncanny knack for seeing right through phoniness and hypocrisy.

Many personality types trust the status quo, relying on conventional wisdom and other people’s expertise to guide their lives. But ever-skeptical Architects prefer to make their own discoveries

Architects want to be successful, not just inventive. They bring a single-minded drive to their work, applying the full force of their insight, logic, and willpower. And heaven help anyone who tries to slow them down by enforcing pointless rules or offering poorly thought-out criticism.

They believe that, through willpower and intelligence, they can achieve even the most challenging goals.

Architects are full of contradictions. They are imaginative yet decisive, ambitious yet private, and curious yet focused."

Glendronach registered their license for a distillery in 1826, the second in Scotch.

However, nobody remembers the second.

Most people remember the first, that is Glenlivet, licensed in 1824.

Glendronach carries the dream with him, hoping to get a place in the whisky world.

However, a fire burned down the distillery in 1837 and in 1842, he announced bankruptcy.

Between 1967-and 2005, Glendronach changed a lot of owners; none of them discovered the talent he has.

In 2008, he met Billy Walker and then Rachel Barrie later on.

By then, Billy Walker is a veteran in the whisky scene, starting the career from the bottom and knowing every process inside-out.

He shaped Glendronach into a true Architect, focusing on sherry maturations whisky, making discoveries of sherry whiskies on their own.

That engrossed focus on sherry maturation whiskies brought them to glory, sending their whiskies to multiple international competitions (Like IWSC) and scoping many awards.

Now, Glendronach pride himself on the experts in sherry maturation.

You don't need any further introduction on this.

Everyone knows what Macallan is about and what they want.

With years of focus on his branding and position, he can be considered the industry's top whisky.

They are always aiming for discoveries, and they are confident in what they are doing.

With the recent month's introduction of Macallan 81 YO, it will be the oldest Scotch single malt that has ever been introduced.

From branding to casking, Macallan is driven to bring out the best.

This is his era, and we are living under it.